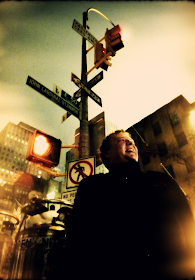 So I visited BVE in February and had look at some of the new pieces of kit that will be hitting the market soon.

One of the main reasons for me going to the exhibition was to have a hands on look at the new JVC LS300 4K camera. I was pretty excited seeing it in the flesh for the first time. (Sad, I know) I played with it for about 30 minutes and was really impressed with the picture quality. I was also very interested to learn that the 35mm lenses that I am currently using with my 101 via an adaptor will also give a full 35mm image on the 300. While the 300's lens mount is micro four thirds, it will allow full 35mm lenses to be used.

I was also very keen to speak to the people on the Panasonic stand. I have been hearing rumours about a 4K replacement for the 101 which also has me pretty excited. However, the chap on the stand said that he personally has heard nothing about it, leading him to believe that it is just a rumour. He clarified by saying that they usually announce new products at NAB in April and he only receives his briefing for this in late March. Reading between the lines, if there is a new Panasonic large sensor, MFT camera about to hit the market then we won't have anything concrete until at least April. I think the message is watch this space. If there IS a new camera on the horizon then it may be worth a look.